They call to me 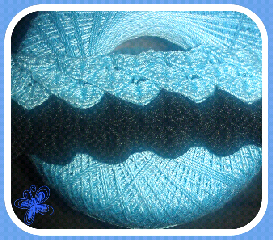 I managed to finish the sixth row of the purse I'm working on when I had to stop. Besides the fact that the stitch type I decided on was a major thread hog, it also was very time consuming. If I'm invested that much time, I might as well tat! So I loaded up my tatsy and just browsed through a couple of books that were nearby...I decided on Jan's Green Set, but in blue.
It's being worked with size 10 crochet thread even though the pattern calls for 20. I almost finished one of the motifs when one of the shuttles I was using ran out of thread. I may just start over with the 20 because it looks too chunky in the 10. Even if it is a rather large project, the individual motifs are enough to fool my mind into thinking I've done more than I have. 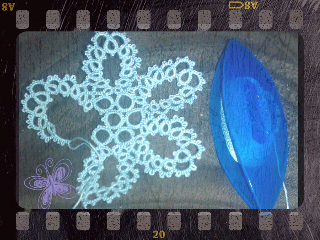