My winnings from the fair came in. I'm happy with the results, over double return on my entry fees.
The start of Thursday's shopping was to a Japanese store in the mall. I got a cute sewing kit along with some snacks and light perfume from there. The bear was my free gift from the store. 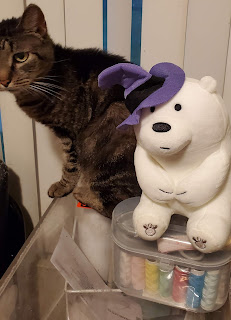 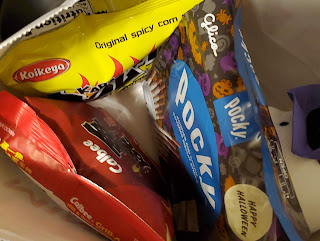 After getting my birthday drink from Starbucks (which was gross to me unfortunately), we started the antiquing. We went to the two largest ones in my city. 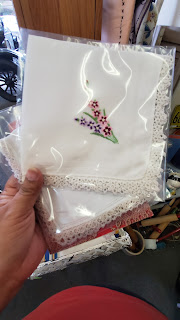 At the first location, I found a pair of handkerchiefs with tatting and a small tatting booklet. No shuttles though. I did run across a bag of vintage DMC size 80 thread. I didn't get it. To me, the price was too much for the small balls. I did like the feeling of reminiscing when I saw them. Those colors were pretty much my primary tatting threads when I began my tatting journey. 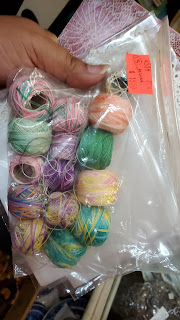 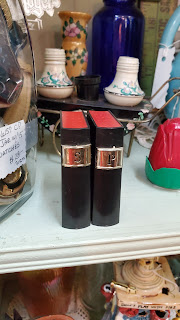 We found these adorable salt and pepper shakers in the form of books. I was going to get them but they were damaged on the bottom and missing their plugs. In the end, I just got the tatting booklet and one hanky. 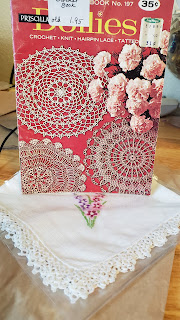 From the other location, I did find one tatting shuttle as we were leaving. It was a Susan Bates Metal Bobbin Shuttle. I didn't get it, it was too damaged. The rust on it was so bad, it looked more like a stone than a shuttle. I did find a stand that had a bunch of yarn in it. I came home with a dozen of each of the yarns pictured below. I also picked up some fabric remnants from Hobby Lobby to use to line my crochet bag I'm working on. 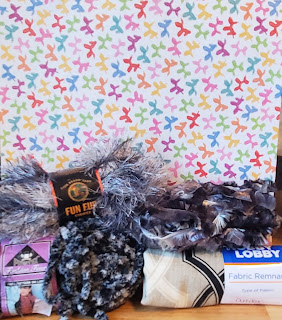 Since no shuttles were found, I began tatting up the bits to make some. 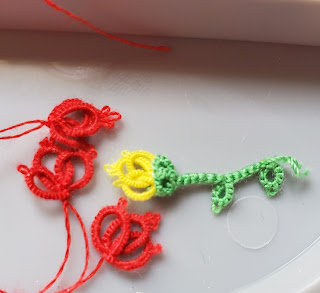 I began making them with the sewing thread in the kit I just purchased. It was incredibly difficult to close the rings without it snapping. I picked up a shuttle that had red thread already loaded and made a few more. These are worked in size 20 Lizabeth. I was planning on making some Halloween themed ones as well, but I need to see if I can find a lighter orange before beginning. Threads get darker in resin, which is why I wanted the lighter color.

In another week, I'll have my shuttles completed.