My daughters had their own Halloween crafting session. They decorated small pumpkins and painted some pictures. Unfortunately, the pumpkins only lasted a few days before they had to be thrown out. I suggested getting foam ones next time, putting L.E.D. lights in them so they last longer.

I began the birthday craft shopping at Micheal's Craft Store. I got this craft kit for my youngest to do with her class. After checking with her teacher, I thought this would be the least messy and there's plenty of templates for them to color. 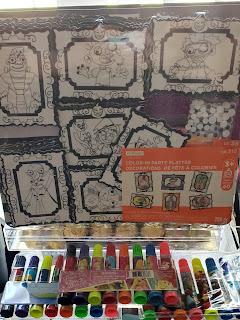 They had their yarn on sale so I picked up a few skeins. The grey one, I ended up getting four skeins, I was going to make a cover for the chair. Those Carron/Pantone balls are only suitable for amigurumi's. I didn't read the tag, and realize the amount of yardage given was for the entire pack of skeins. 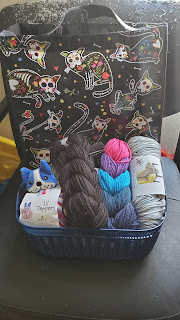 The Lil' Toppers kit was on clearance for a couple of dollars, so I thought, why not? 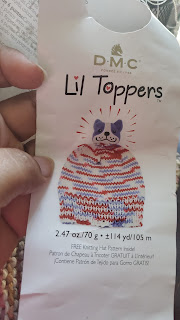 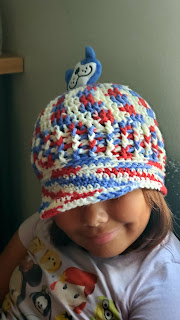 I used BagODay's simple beanie pattern, adding a bill to the edge because I wanted to use up the entire cake of yarn. I had two small pieces left over from cutting ends, less than an inch. I do not like how the dog topper keeps moving. I was thinking of getting some sewing thread and securing it better. It was for my son, but I don't think she's going to give it up.

After Micheal's, we headed to the dollar store. I found Boyle crochet hooks here before in a variety of sizes. I wanted to test  my luck and pick up a dozen so I can try adding them to some resin shuttles. I didn't find any in the right sizes, but I found these cuties: 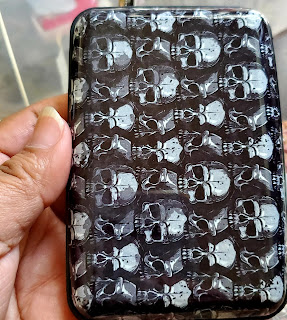 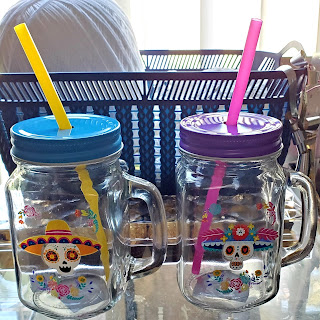 The card wallet, I really needed. I have wallets, but they are large and bulky, a hassle to carry around. I picked up this one primarily because it was black. I didn't see the pattern on it until I took pictures of it. The mason jar cups were a gag gift for my Honey. The more I look at them, the more I find them cute. I set aside about $50 for new shuttles. I'm really hoping to find some while antiquing with Honey on Thursday. I know, it's not that big of a budget for it, but I did just spend another $100 on resin. If I can't find any, I can make some!

On the diet front, I'm down 20 pounds in 2 months! Yay, progress! My clothes seem to feel tighter though. *scratching head* I'm still not able to do a regular exercise routine, but I think in another two months, I will. My eating habits have changed and my taste preferences have done a complete do over. Foods I used to love eating taste horrible to me. I can't eat a single candy bar without needing to guzzle down so much water. I've tried to drink some coffee, but it's too bitter for me without sugar.  Even then, when I do splurge and add a couple of teaspoons into the cup, it feels like too much sugar, even though the coffee tastes bitter. A friend suggested using artificial sweeteners like Splenda or Equal, but those make everything I've added them to taste like straight chemicals. I still crave sweets, but I don't want to actually eat them, just smell them. If I get a pistachio or cherry chip cake for my birthday this year, I will eat it! Even if it takes another month to do it..lol.