Honey and I both worked overlapping shifts on Valentine's Day so we did not get a chance to even see each other. Since we both had Saturday off, we decided to take a trip down south. What eventually happened, it was a girl's day out, with my Honey playing driver. He said he didn't mind doing it, he just wished our son wanted to tag along as well but he preferred to stay home. 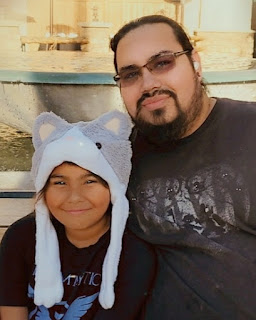 My little one insisted on getting that hat, even though it was hot. We visited a different Daiso store in the general L.A. area, the Northridge location. This store was larger but with higher prices. We weren't allowed to take any pictures in the store and they did actively enforce this. I think because they have varying prices when it's supposed to be $1.50 store because of the Daiso franchise name. Because of the confusing pricing that they posted, I was only willing to spend $10 in this store. They did have some cute organizational caddies and I picked up a few for my desk. My haul: 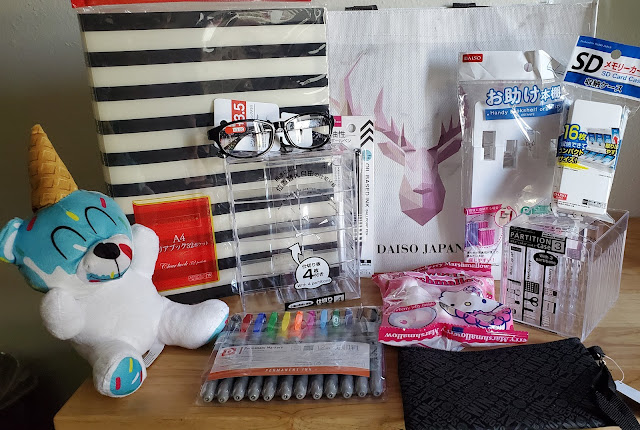 Afterwards, we had lunch at Dave & Busters. My oldest and Honey convinced me to finally get a Snapchat account on my phone. I told him he had to model for the first picture: 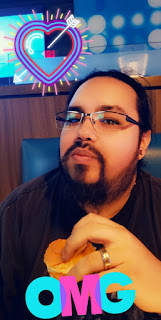 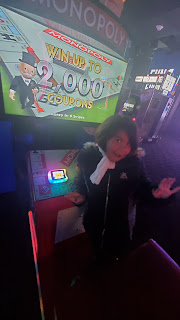 My youngest seem to win large and often on this Monopoly game. She was happy she earned enough tickets to bring home a backpack she had her eye on. We had the intention to keep going to the other Daiso in Little Tokyo but were pretty worn out after Dave & Buster. I told my Honey that I wanted to plan another trip in a few weeks because that Daiso had almost no crafting supplies. Resin in particular is what I was looking for. I know the one in Little Tokyo has it. He agreed to another trip. Yay!
Email ThisBlogThis!Share to TwitterShare to FacebookShare to Pinterest