I made this glue gun stand using some toy blocks from the Dollar Store. I was in need of a stand and since we all have time aplenty on our hands, I got to work on it. If I can sneak some paint away from the youngest, I will be able to make it pretty! 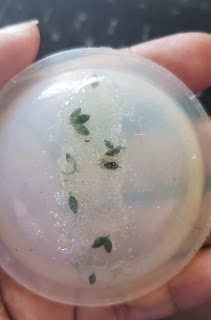 This is the start of a tatting shuttle prototype. It has glow-in-the-dark glitter in it. I'm teetering between two different resin ideas for this, but either was the base will be the same. The plastic balls I usually use to shape the shuttles are misplaced so I'm having to improvise with this mold lid. I'm hoping to keep attention on this long enough to finish one by the end of the week. 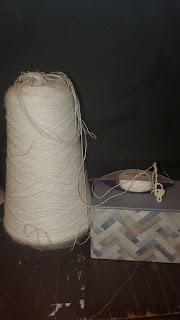 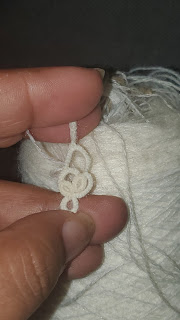 I found this cone of fuzzy thread while looking for some other threads. I had attempted to tat with it before, the shuttle was already wound with the thread on it. The piece feels a bit stiff and rough, so this is not thread to be tatting with. I switched over to try crocheting with it. I still don't like the feel of the thread but the look is better. 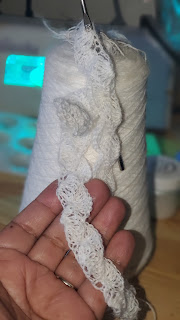 I got the idea to make a Sesshomaru amigurumi. The more attention to detail the better the overall project will be. 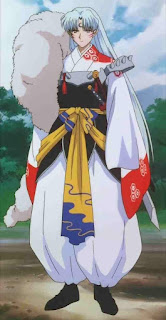 I looked for free flower crochet patterns and found one. There will be a total of 24 of these that will need to be made. I crocheted this using size 70/80 tatting thread. It is still much larger than what I need it to be. These little flowers are adornments for the kimono that the character wears. Based off this size, the finished doll will be too large. 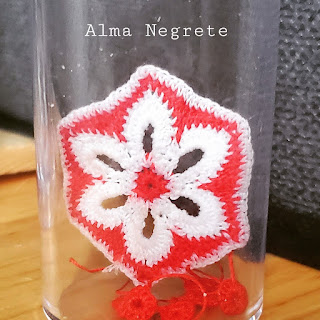 For now, I will be going back to the shuttle making.
Email ThisBlogThis!Share to TwitterShare to FacebookShare to Pinterest