Some tatting, threads are everywhere

Where I left off in the tatting I did at my temp job with the county during down times. If I keep going it would make a nice slave bracelet. The pattern is a free snowflake from HandyHandy's website. 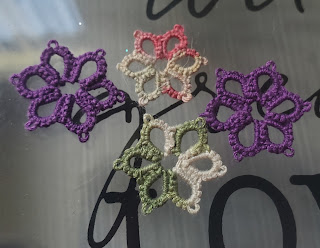 I began making some tiny motifs for Victat's Celebration of a Classic request for these motifs. The one in the top center is apparently not size 20 but size 30. 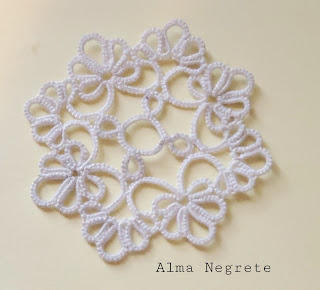 This motif is one from Eva Antonucci has generously shared through Facebook's many tatting groups. I think it came out so pretty I had to make sure to take care of the ends as soon as possible. Unlike the snowflakes that still have threads hanging out everywhere. 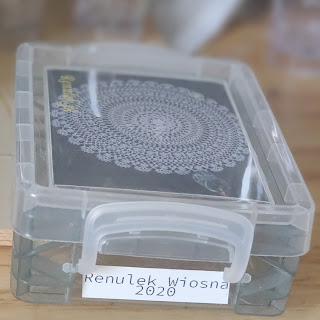 I'm using these crayon boxes I picked up from Walmart to store WIP's in the early stages. I printed out the stitch counts of every round released so far into 2X3 cards and they fit nicely in there along with two pairs of shuttles with thread. 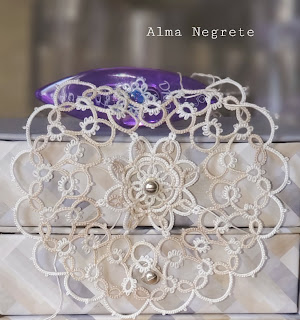 Here is my current progress. I'm using DMC white 50 and Lizabeth Latte Foam in size 40 alternating the colors every round. I only have half a ball of Latte Foam so I decided to use this up here and then switch to the gingerbread variegated color later. 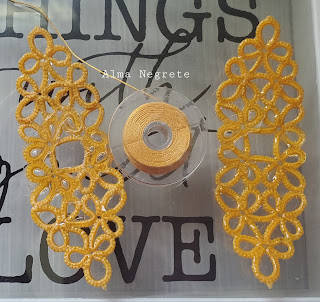 The Tatted Shuttle has broken apart. I had dropped it then promptly stepped on it causing one side to lift. It broke in the process of tatting a small test project with it. It seems the plastic the bobbin is made of, is from the type with the recycle code 5, which resin does not stick to. It lasted as long as it had was the fact some of the resin dripped over the lip of the bobbin, creating a "catch" that held it in place. 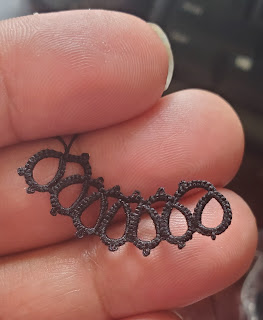 Starting the Biohazard tatting pattern by Mike Lyon. The only black thread I own at the moment is either Pearl 12(which is reserved for the Monster Doily) or size 80. I do have some red in the same size so 80 it is.
Email ThisBlogThis!Share to TwitterShare to FacebookShare to Pinterest